Bethlehem Student Has Top Score in Pa. for Math Contest 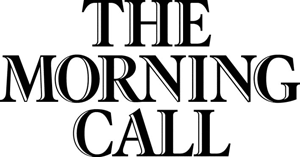 He had the top score among 28 high school students from across Pennsylvania who were there because of their unusually high results in the annual national math competition.

This marked a sweep for Brewster in seven math contests in Pennsylvania where there was individual competition. “That’s pretty remarkable,” said Doris Helms, coach of the Liberty math team.

“That’s the first time a student from the local area won the individual part,” Helms said. “He’s captain of my team. He’s been on the team three years. He’s extremely outstanding.”

Three other local students were in the Shippensburg event - David Bader of Liberty and Kenneth Schultz and Susan Steinberger of Freedom High School in Bethlehem.

In two other recent competitions:

-> Brewster was tops among 200 high school math students and the Liberty team was best among 47 teams at an eastern Pennsylvania competition at Millersville University.

Schultz of Freedom was second; Bradley Mann of Salisbury, fourth, and Haiwen Ma of Liberty, honorable mention, among the individuals.

-> Liberty won the annual oral math contest among 16 high schools for the eighth time in 11 years at East Stroudsburg University. It defeated Freedom 75-40 in the final round.

The Liberty team there was Brewster, Bader and Neil Szanyi. The runner-up Freedom team comprised Schultz as captain, Charles Esther and Charrissa Lin.

Besides Liberty and Freedom, those surviving to the semifinal round were Bethlehem Catholic and Emmaus.