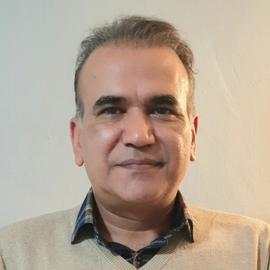 Mohammad Dindoost is currently a computer science Ph.D. student at NJIT in Newark, NJ. He received his B.S. in computer engineering from Shahid Beheshti University in 1999. After working as a computer engineer, Mohammad decided to focus more on how computer networks could be used in Telecom industry. Therefore, he decided to pursue an M.S. in Computer Architecture which he completed in 2011. After 18 years of experience in the Telecom industry ranging from researcher to project manager and consultant, Mohammad decided to solidify his career as a researcher by joining the NJIT computer science Ph.D. program. His research interests include but are not limited to graph theory, its applications, and machine learning. He is most passionate about how graph and machine learning algorithms can be utilized to solve real-world problems through interdisciplinary collaborations. In his spare time, Mohammad enjoys studying game theory and system dynamics.