David A. Bader is a Distinguished Professor in the Department of Computer Science and founder of the Department of Data Science in the Ying Wu College of Computing and Director of the Institute for Data Science at New Jersey Institute of Technology. Prior to this, he served as founding Professor and Chair of the School of Computational Science and Engineering, College of Computing, at Georgia Institute of Technology. He is a Fellow of the IEEE, ACM, AAAS, and SIAM, and a recipient of the IEEE Sidney Fernbach Award.

Dr. Bader is Editor-in-Chief of the ACM Transactions on Parallel Computing, and General Co-Chair of IPDPS 2021, and previously served as Editor-in-Chief of the IEEE Transactions on Parallel and Distributed Systems. He serves on the leadership team of Northeast Big Data Innovation Hub as the inaugural chair of the Seed Fund Steering Committee. In 2021, ROI-NJ recognized Bader on its inaugural list of technology influencers, and in 2012, Bader was the inaugural recipient of University of Maryland’s Electrical and Computer Engineering Distinguished Alumni Award. In 2014, Bader received the Outstanding Senior Faculty Research Award from Georgia Tech. Bader has also served as Director of the Sony-Toshiba-IBM Center of Competence for the Cell Broadband Engine Processor and Director of an NVIDIA GPU Center of Excellence. In 1998, Bader built the first Linux supercomputer that led to a high-performance computing (HPC) revolution. He is a cofounder of the Graph500 List for benchmarking “Big Data” computing platforms. He is recognized as a “RockStar” of High Performance Computing by InsideHPC and as HPCwire’s People to Watch in 2012 and 2014.

Bader ’90 ’91G elected as Fellow of Association for Computing Machinery
NJIT Distinguished Professor and Lehigh ECE alum David Bader has been named a Fellow of ACM. The ACM Fellows program recognizes the top 1% of ACM Members for their outstanding accomplishments in computing and information technology and/or outstanding service to ACM and the larger computing community.
Jan 21, 2022 2 min read 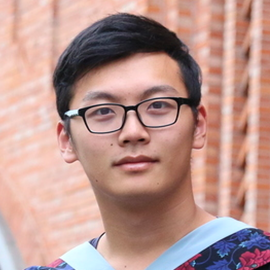 High Performance Algorithms for Interactive Data Science at Scale
A real-world challenge in data science is to develop interactive methods for quickly analyzing new and novel data sets that are potentially of massive scale. This award will design and implement fundamental algorithms for high performance computing solutions that enable the interactive large-scale data analysis of massive data sets.

STINGER
Dynamic graphs are all around us. Social networks containing interpersonal relationships and communication patterns. Information on the Internet, Wikipedia, and other datasources. Disease spread networks and bioinformatics problems. Business intelligence and consumer behavior.

GraphBLAS
The GraphBLAS Forum is an open effort to define standard building blocks for graph algorithms in the language of linear algebra. We believe that the state of the art in constructing a large collection of graph algorithms in terms of linear algebraic operations is mature enough to support the emergence of a standard set of primitive building blocks. We believe that it is critical to move quickly and define such a standard, thereby freeing up researchers to innovate and diversify at the level of higher level algorithms and graph analytics applications. This effort was inspired by the Basic Linear Algebra Subprograms (BLAS) of dense Linear Algebra, and hence our working name for this standard is “the GraphBLAS”.

Multicore SWARM: Software and Algorithms for Running on Multicore Processors
an open source library for developing efficient and portable implementations that make use of multi-core processors

Petascale Computing: Algorithms and Applications (Chapman & Hall / CRC Press), 2008
Although the highly anticipated petascale computers of the near future will perform at an order of magnitude faster than today’s quickest supercomputer, the scaling up of algorithms and applications for this class of computers remains a tough challenge.

David Bader
August 2021 IEEE Annals on the History of Computing
Linux and Supercomputing: How my passion for building COTS systems led to an HPC revolution

Graphs that model social networks, numerical simulations, and the structure of the Internet are enormous and cannot be manually inspected. A popular metric used to analyze these networks is between ness centrality, which has applications in community detection, power grid contingency analysis, and the study of the human brain. However, these analyses come with a high computational cost that prevents the examination of large graphs of interest. Prior GPU implementations suffer from large local data structures and inefficient graph traversals that limit scalability and performance. Here we present several hybrid GPU implementations, providing good performance on graphs of arbitrary structure rather than just scale-free graphs as was done previously. We achieve up to 13x speedup on high-diameter graphs and an average of 2.71x speedup overall over the best existing GPU algorithm. We observe near linear speedup and performance exceeding tens of GTEPS when running between ness centrality on 192 GPUs.

The current research focus on “big data” problems highlights the scale and complexity of analytics required and the high rate at which data may be changing. In this paper, we present our high performance, scalable and portable software, Spatio-Temporal Interaction Networks and Graphs Extensible Representation (STINGER), that includes a graph data structure that enables these applications. Key attributes of STINGER are fast insertions, deletions, and updates on semantic graphs with skewed degree distributions. We demonstrate a process of algorithmic and architectural optimizations that enable high performance on the Cray XMT family and Intel multicore servers. Our implementation of STINGER on the Cray XMT processes over 3 million updates per second on a scale-free graph with 537 million edges.

Graph theoretic problems are representative of fundamental computations in traditional and emerging scientific disciplines like scientific computing and computational biology, as well as applications in national security. We present our design and implementation of a graph theory application that supports the kernels from the Scalable Synthetic Compact Applications (SSCA) benchmark suite, developed under the DARPA High Productivity Computing Systems (HPCS) program. This synthetic benchmark consists of four kernels that require irregular access to a large, directed, weighted multi-graph. We have developed a parallel implementation of this benchmark in C using the POSIX thread library for commodity symmetric multiprocessors (SMPs). In this paper, we primarily discuss the data layout choices and algorithmic design issues for each kernel, and also present execution time and benchmark validation results.

2021 IEEE Sidney Fernbach Award Talk: Innovations for Solving Global Grand Challenges
Supercomputers enable us to tackle some of the most challenging computational and data-intensive real-world problems facing our societies and the planet. In this talk, David A. Bader, the 2021 IEEE Computer Society Sidney Fernbach Award recipient, will share his passion for solving these global grand challenges.
Nov 14, 2021 9:15 AM — 10:00 AM St. Louis, MO

LPS Seminar Talk: The International Race to Exascale Supercomputing
Supercomputing has become an essential tool for computational science and engineering and such real-world problems as weather …
Nov 10, 2021 3:30 PM — 4:30 PM Virtual